Somewhere in the shady recesses of my kitchen, sprinkled with cobwebs, browning with age but taut with neglect, all neat and pristine, without a drop of oil or a splash of vinegar, lays my recipe folder.

Just because I have failed, on many occasions, to follow through with the cooking, baking, sautéing, broiling, grilling, steaming, boiling, or mere mixing of ingredients to create such decedent delicacies, does not mean that I have given up on collecting recipes. In fact, it seems that the fewer meals I cook, the more recipes I store. 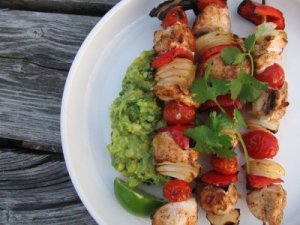 So watch out Cheesy Cauliflower Rice, because I’m coming after you with all of the fury and fire of a woman who has free time on her hands. Sleep with one eye open Loaded Guacamole with Chicken Kababs, because I’m locked and loaded to make you up with a knife and then take you down with a fork. Tuna Melt, don’t for a second think I’ve forgotten about you. Oh, and Greek Shrimp Bruschetta and Pizza Pasta, you better sleep with one eye open.

Because I have a new addition to my Pail List.

Cook all of the recipes I’ve collected.

Goals for this addition:

I’m excited to see how this Pail List addition will turn out, because it will be requiring constant attention to get completed on time. For now, I’m going to get psyched for my sudden enthusiasm with cooking by perusing some cute aprons online.