Yesterday, I went to see Alice in Wonderland at Gallaudet University, a university primarily for the deaf and hard of hearing.

Though I’ve been involved with American Sign Language (ASL) for a couple of years now, I’m still not very good and only know basic words, as opposed to whole sentence structures. But, that doesn’t matter so much, because I have fun learning and trying my hand at understanding a new language (pun intended).

I set up this silly little video trying to briefly recap my experience:

I’ll apologize now if I butchered any signs or was completely off base on any of them. Even as I’m re-watching it I can think of what I should have signed differently… But, I wanted to express so much more, and hopefully one day I’ll be able to create a longer and more substantial video. 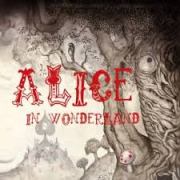 Anyway, back to the play. It was a trippy version of Alice in Wonderland (but what production of Alice isn’t), and all of the performers fulfilled their roles using Sign Language and tremendous facial expressions and body language. There was also a screen off to both sides of the stage which hosted a written narrative for those struggling to understand more than just the basic gist of the performance. 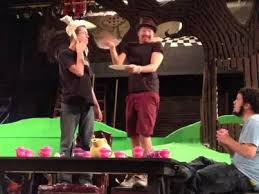 I was nervous about the unfamiliar setting and nuances of deaf culture, but I ended up having a great time and will definitely be back to Gallaudet. The fact that these performers couldn’t use their voices didn’t hinder the production in the slightest, in fact, it elevated the show for me and added an area of stage presence that most performances lack. The Mad Hatter was by far my favorite, because he was expressive, adorable, and owned his character. Great actors like him should be recognized for more than their lack of hearing, but for their tremendous talent as well.

I’m not a theater critic and I’m not an ASL expert, but I am lovers of both, and am glad I stepped out of my comfort zone to attend this play.