In kindergarten I wanted to be a veterinarian, because I thought that all girls were vets and all boys were firefighters. I knew that my mom and dad didn’t perform either of these jobs so it’s a bit confusing on how this notion came to exist.

In fourth grade when I realized that not all animals were as friendly as my cat, I decided that I would like to be a real estate agent. We watched a lot of HGTV in my home.

In the ninth grade my mom wouldn’t lend me the necessary capital to flip a house, so I decided to settle for being a teacher. I’ve never really want to be a teacher. I’m impatient. I already want this blog post to be finished with itself.

And now, after I’ve learned that flip flops are better suited for the beach than decision making, I am stuck having no solid idea of what I’d like to be “when I grow up”, which according to my impending college graduation date, will be in a few months.

I blame my lack of a career direction entirely on being too well-rounded of a person (it’s not a brag if it’s also a fact). I love history and anatomy and math and science and reading and music and health and theatre and technology and different cultures and writing and I’m always interested to hear what new information someone has to share on even the most foreign of topics. I have no specific topic that drives me to wake up in the morning, and even though I like any excuse to sleep in I can’t help but wishing that there were something more. 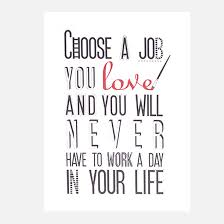 I don’t want just any ol’ job. I want the best job on the planet where I have to use that cheesy line about it “not being work” and everyone laughs but I glow on the inside knowing that it’s true and that I’m really quite happy where I am and that my life is contributing to something that I never want to leave. Also it should pay a million dollars an hour.

But where does one go to find one’s passion? I’ve been looking for a good part of my 21 years and haven’t found anything that I’d love to be involved with for the rest of my life. I’m an English and Communications double major because I like to read and I like to talk to people and because the university made me choose. I’m also involved in Terp Thon which helps the kids at Children’s National Medical Center, I loyally attend the UMD athletic events, and I’ve long been involved in sign language club and gardening. But to focus on solely one of those aspects? It wouldn’t be enough. Which leads me to believe that I haven’t found the one. The one passion that overcomes all other interests until it consumes my whole being with desire.

I know that it’s not realistic to expect such fulfillment from a job and that I’m quite spoiled to be in a position where I can afford to question what I truly want from my career, but when you’re spending the majority of your life working you don’t want to waste time with emotions of any lesser caliber than sheer joy.

So for now I’ll just have to keep searching and figure out how I can make room in my resume to express this sentiment.

29 thoughts on “Working on My Passion”